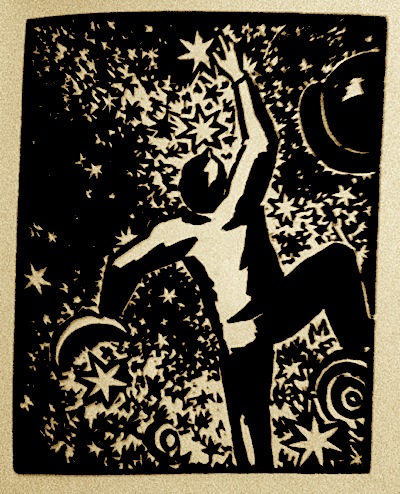 Their lives are like their knitting: introspective, yet mindless; fussy, exacting, repetitive and pale – tinted by the cheaper dye
— Rikki Ducornet

When I first encountered godless anarchy in the late 1970s, it was its excess, its unconstrained exploration and experimentation with the furthest realms of passion and ideas, and its desire and dreams that attracted me.

It was a magnificent feast.

Its wines and ales were strong, intoxicating and full of flavor, hints of spices, herbs and fruits from undiscovered realms of poetic imagination.

It evoked wild, unfettered dancing, and I threw myself into it with total abandon.
At the time, one could still imagine that a whole new world was breaking forth…

Or so it seemed to me. END_OF_DOCUMENT_TOKEN_TO_BE_REPLACED

By James Koehnline, in Gone to Croatan: Origins of North American Dropout Culture

I. OH, MY BROTHERS

Freemasonry arose as a white, middle-to-upper class male conspiracy
against God and King which sought to establish a new deal of the ages,
a wholly rational infrastructure,
administered by white male land-owners of the merchant class,
so beautifully logical in its operations as to cause order to reign forever,
in spite of human nature.
White because the child-races were not ready.
Male because logic was alien to women.
Landowners because they alone knew responsibility.
Merchants because they knew how to balance the books.
The celestial clockwork of the church
was to be anchored firmly in the earth.
The royal monopoly on nobility was to be smashed
and redistributed among all who could pass the
entrance exam and return the secret handshake.
So constituted, Freemasonry was not so much a body as a big fat head in search of a muscular mass to ride into the perfectible future. END_OF_DOCUMENT_TOKEN_TO_BE_REPLACED

Question: Is Foucault a liberal, albeit an extreme or idiosyncratic one? (No.)

Let’s begin with a dominant American reading of Foucault that paints him as a liberal humanist.  Todd May calls this the ‘prodigal son’ view.[1] As the story goes, Foucault’s  ‘middle period’ (Discipline and Punish and History of Sexuality, Volume 1) was characterized by strong anti-humanism that made his concepts of power subjectless and totalizing.  Recognizing the error of his ways, Foucault then makes a break from these theories with his later work (History of Sexuality, volumes 2 and 3) and softens his anti-humanist stance to include ‘ethico-aesthetic subjectivity’ as form of ethical self-creation that resists the normalizing impulse of subjectivization.  For liberals, Foucault’s ‘ethical turn’ acts as a bridge between all of his other work – brokering the seemingly incongruous relationship between archaeology and genealogy, providing a thread to trace through a discontinuous chain of problematizations, and suggesting a mechanism that serves as a foundation for critical scholarship.

On its face, accepting Foucault as a liberal feels like a recuperative move meant to reassure those who don’t want to take seriously the implications of his work.  If Foucault couldn’t work through his theories of power and in the last analysis had to recant in favor of the more familiar ground of agency and the liberal subject, it soothes the nerves of liberals who anxiously felt that they were the ones under attack in Foucault’s work on power.  On the other hand, however, this shouldn’t be assuring to them at all – Foucault provided little ground to extrapolate a theory of ‘ethico-aesthetic subjectivity’ from.  The self-creation in History of Sexuality volumes 2 and 3 are dealing with problematizations unique to context of sex in Greek and Roman antiquity. END_OF_DOCUMENT_TOKEN_TO_BE_REPLACED 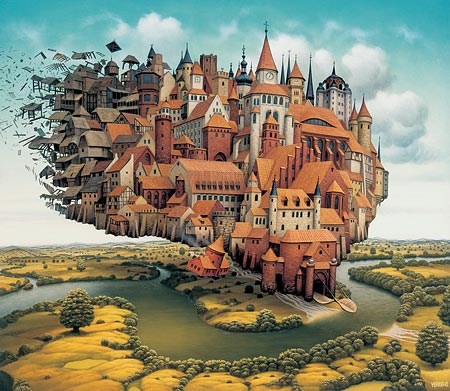 One thematic of Foucault’s work is to write what he calls ‘experience-books’.  By this, he means a de-familiarizing book, a book that makes something expected and usual appear strange and unfamiliar.  Foucault presents this approach in his interview with Italian Marxist Duccio Trompardori (Remarks on Marx), where he states:

Let’s return for a minute to the book on prisons. In a certain sense it is a historical investigation. But its audience appreciated or detested it not as a historiographical work. All its readers felt or had the impression that it was about them, the world today, or their relations with “contemporaneity,” in the forms by which the latter is accepted and recognized by everyone …. We feel that something contemporary has been brought up for discussion. And in effect I began writing this book only after having participated for some years in work groups – groups involved in reflections “upon” and struggle “against” penal institutions. It was complex and difficult work, carried out with prisoners, their families, prison guards, magistrates, etc.

When the book came out, various readers – particularly prison guards, social workers, etc. – gave this singular judgment: “It is paralyzing. There may be some correct observations, but in any case it certainly has its limits, because it blocks us, it prevents us from continuing our activities.” My reply is that it is just that relation that proves the success of the work, proves that it worked as I had wanted it to. That is, it is read as an experience that changes us, that prevents us from always being the same, or from having the same kind of relationship with things and with others that we had before reading it. This demonstrates to me that the book expresses an experience that extends beyond my own.  The book is merely inscribed in something that was already in progress; we could say that the transformation of contemporary man is in relation to his sense of self.  On the other hand. The book also worked/or this transformation; it has been, even if in a small way, an agent. That’s it. This, for me, is an “experience-book” as opposed to a “truth-book” or a “demonstration-book. (40-3).

To envision The Archaeology of Knowledge as an ‘experience-book’, is to refuse it as a methodological advancement of the history or science or historical inquiry more generally (though, it is one).  And even moreso, it shouldn’t be taken as a normative celebration of the discontinuity of discursive formations.  But rather, the oddly phenomenological question of what it ‘does’ to the reader.

The result Foucault is trying to provoke is a specific form of critical thought.  In general, this critical thought can equated with the ‘reflexive turn’, though Foucault means it in a particular and rigorous sense.  There are two places where this form of critical thought is most thoroughly explicated.  First, at the very end of the second part of The Order of Things, where Foucault claims that humanity now stands at a unique place, able to critically reflect on and enact his own future.  There are three forms of knowledge that ‘wakes man from his anthropological sleep’: history, psychoanalysis, and ethnology.  The second, is Foucault’s work on Kant that spans from his dissertation work to the lectures he was presenting close to his death.  The thrust of this argument is that the Enlightenment inaugurated critical inquiry but carries with it a humanist baggage that must be left behind.

… How you can compare petty-bourgeois demonstrations à la 13 June, 1849, etc., with the present struggle in Paris is quite incomprehensible to me.

World history would indeed be very easy to make, if the struggle were taken up only on condition of infallibly favorable chances. It would, on the other hand, be a very mystical nature, if “accidents” played no part. These accidents themselves fall naturally into the general course of development and are compensated again by other accidents. But acceleration and delay are very dependent upon such “accidents,” which included the “accident” of the character of those who at first stand at the head of the movement.

The decisive, unfavorable “accident” this time is by no means to be found in the general conditions of French society, but in the presence of the Prussians in France and their position right before Paris. Of this the Parisians were well aware. But of this, the bourgeois canaille of Versailles were also well aware. Precisely for that reason they presented the Parisians with the alternative of taking up the fight of succumbing without a struggle. In the latter case, the demoralization of the working class against the capitalist class and its state has entered upon a new phase with the struggle in paris. Whatever the immediate results may be, a new point of departure of world-historic importance has been gained.