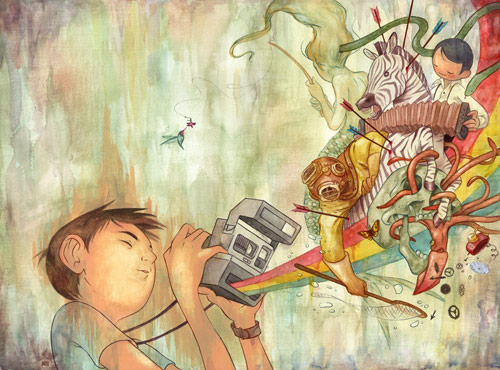 From this perspective, communism is the establishment of a communal life style in which individuality is recognized and truly liberated, not merely opposed to the collective. That’s the most important lesson: that the construction of healthy communities begins and ends with unique personalities, that the collective potential is realized only when the singular is free. This insight is fundamental to the liberation of work. Work as exploitation has completed its development of the general, the mass, the production line; what’s now possible is to tap into the potential of individual creative energies, previously suppressed. Nothing less than a genetic breakthrough, this rhizome of autonomy in the workplace can establish itself as a productive enhancement – and a serious challenge to the dead weight of bureaucratic capitalism with its overcoded and de-individualized individual.

Make no mistake about it: communism is not a blind, reductionist collectivism dependent on repression. It is the singular expression for the combined productivity of individuals and groups (collectivities) emphatically not reducible to each other. If it is not a continuous reaffirmation of singularity, then it is nothing – and so it is not paradoxical to define communism as the process of singularization. Communism cannot be reduced in any way whatsoever to an ideological belief system, a simple legal contract, or even to an abstract egalitarianism. It is part of a continuous process which runs throughout history, entailing a questioning of the collective goals of work itself.

Glimpses of these new alliances are already available. They began to form and seek each other out at the time of the spontaneist and creative phase, which of course developed parallel to the big break-up and realignment in capitalist society to which we have been witness over the past three decades. To better locate and appreciate their importance, one can distinguish:

Thus the maturing social transformations, which in turn affect productive work arrangements, are induced, piecemeal, by each and every molar antagonism: any struggle against capitalist and/or socialist power formations contributes to overall transformation. Social, political and workplace advances condition each other. But, and this is our point, the revolutionary transformation occurs in the creation of a new subjective consciousness born of the collective work experience – this moment is primary, all stakes are won or lost here, in the collective creation of subjectivity by individuals. We need to save the glorious dream of communism from Jacobin mystifications and Stalinist nightmares alike; let’s give it back this power of articulation: an alliance, between the liberation of work and the liberation of subjectivity.

Singularity, autonomy, and freedom are the three banners which unite in solidarity every struggle against the capitalist and/ or socialist orders. From now on, this alliance invents new forms of freedom, in the emancipation of work and in the work of emancipation.