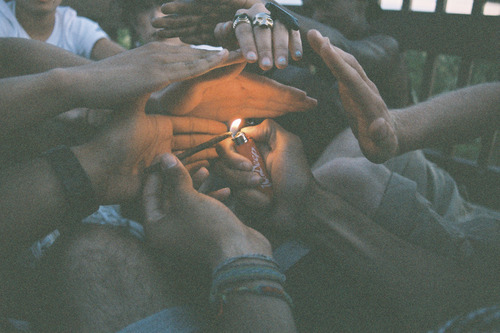 By now, Hakim Bey’s Temporary Autonomous Zones functions as a critical point of comparison for any theory of autonomous space.[1] More recent innovations include Tiqqun’s[2] Zones of Offensive Opacity (ZOOs).

Temporary Autonomous Zones (TAZs), as conceived by Bey, are temporary spaces of carnivalesque insurrection that seek to maximize the potential of the moment.  Bey connects the intensity of the TAZ to the ability to maximize the moment out of time.  And in this sense, the event of a TAZ is not meant to have duration but to produce a difference.  Both its temporality and autonomy is defined existentially – it is, until it’s not – and just about anything can disrupt it:

Babylon takes its abstractions for realities; precisely within this margin of error the TAZ can come into existence. Getting the TAZ started may involve tactics of violence and defense, but its greatest strength lies in its invisibility–the State cannot recognize it because History has no definition of it. As soon as the TAZ is named (represented, mediated), it must vanish, it will vanish, leaving behind it an empty husk, only to spring up again somewhere else, once again invisible because undefinable in terms of the Spectacle.

A TAZ might be a result of conditions set by ungovernability, and might provide a way to maximize the potential of fleeting moments of ungovernability, but the problem with a TAZ (beyond the enormously elliptical explanation of them provided by Bey) is that it is a one-trick pony.  Its purpose is only to create a difference that has no greater purpose than difference in itself.[3] And furthermore, it is somewhat difficult to distinguish the ‘psychotopological’ escape of a TAZ from escapism.  Like the line of flight that is caught up in the lust for power, it is easy to think of a TAZ that stops producing war machines.  For example when the rave scene dropped TAZ as a model, moving to the liberal-inclusivist PLUR (Peace, Love, Unity, Respect) as it began to rigidify.  It seems like a much more appropriate to situations where the forces of sovereignty are right around the block, or for reason or another, a constant limit on the immediate creative and political potential of the moment.  But what good does it do if you’re in the bush, or even more importantly, in the ever-expanding ‘urban bush’ where no one’s even attempting to account for your existence?

Tiqqun’s Zones of Offensive Opacity (ZOOs) seek to improve on the limitations of the TAZ.  A ZOO isn’t meant to pack maximum intensity into a single moment but establish the conditions for future becomings.  The ZOO mostly follows the logical extension of building up lines of flight, as per Deleuze and Guattari.  There are two specific developments, however.  First, the ZOO seeks to avoid all macropolitical articulation.  Drawing from the long tradition of autonomist and anarchists whose most militant factions would refuse all engagement with parliamentary politics, labor and unions, and news media, the ZOO looks to generate movement in ways that are absolutely unintelligible to any form of capture.  Using a variety of tactics, the ZOO emphasizes creating an ever-expanding network of opacity through invisibility. Secondly, the ZOO operates by turning invisibility into an offensive position. This is how ungovernable spaces turn into ZOOs – by weaponizing the elements of a space that are either invisible or unintelligible to the perspective of governance.  Everything that is uncaptured is to be directed back against the apparatus of capture.  If interpreted along more militant insurrectionary lines that pre-suppose an inevitable necessity of self-defense, it preempts attack by going on the offensive (‘the best defense is a good offense’).  And while it’s clear that the ZOO must resist militarization lest it become an army or be liquidated, it is unclear to what extent it wants to turn its weapons of war offensively. But how will that escape be made possible?  Will it be slash and burn?  Deleuze and Guattari mention George Jackson who is always sure to create a weapon along the way.  Or maybe like the famous line from The Internationale, ‘crosse en l’air’, with the butts of our guns held high in the air: knowing we can take fight in the trenches or even take power but refuse it anyway.

The advantage of the ZOO is that it establishes and expands a base for autonomy.  Specifically, it looks to communism as a qualitative guide.  At every moment when one might be tempted to engage in the social, for whatever resources it may offer, the ZOO suggests constructing a parallel space of communism. Taking the form of an oppositional self-determination, it takes the whole social apparatus of capture as its oppositions in a new politics of enmity.  In that way, the choice between communism and social becomes a forced one.   And while still a more compelling model than TAZs for defining positive elements of self-determination, it still remains weak as a concept in that regard.  Would it result in the “shadow states” of Africa which paradoxically exist in some of the most war-torn yet profitable places on the continent (Ferguson:41)?

–> this is also a place where the post-colonial question of ‘incommensurability’ comes back with a vengeance. I expect to write an entry on Hecht/Simone’s “Invisible Governance” to address this question.

[1] For now I will side-step Paolo Virno’s exodus.  While his theory of founding leaving-taking is particularly salient, it also includes the Marxian General Intellectual as the basis for a non-state public sphere that hasn’t been otherwise developed.  Other aspects of his theory have been disseminated in the essay throughout.

[2] I feel obligated to note that I use Tiqqun as a proper noun despite the author’s insistence otherwise.  Tiqqun was a writing experiment meant to describe an event/becoming Tiqqun and their explicit disavowal of the author-function is likely meant to force writer like me to find other ways to reference their text.  Unfortunately standard writing conventions make it easier just to refer to the collective writings as Tiqqun in spite of objections.

[3] Thought not uninterestingly, it seems to share with the Deleuzian model of ‘pure deterritorialization’ being thought, or a concept that produces the maximum of concrete variations.  However, Deleuze’s model relies on relationship between the virtual and actual, something that Bey is not particularly attendant to.

One thought on “Ungovernable Spaces”