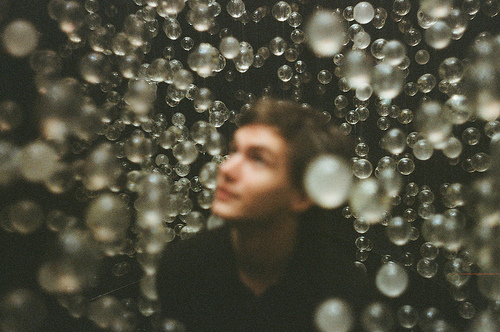 “The mind in apprehending also experience sensations which, properly speaking, are qualities of the mind alone,” as Whitehead put it. “These sensations are projected by the mind so as to clothe appropriate bodies in external nature. Thus the bodies are perceived as which qualities which in reality do not belong to them, qualities which in fact are purely the offspring of the mind. Thus nature gets credit which should in truth be reserved for ourselves: the rose for its scent: the nightingale for his song: and the sun for his radiance. The poets are entirely mistaken. They should address their lyrics to themselves, and should turn them into odes of self-congratulation on the excellence of the human mind. Nature is a dully affair, soundless, scentless, colourless: merely the hurrying of material, endlessly, meaninglessly.

However you disguise it, this is the practical outcome of the characteristic scientific philosophy which closed the seventeenth century. In the first place, we must note its astounding efficiency as a system of concepts for the organisation of scientific research. In this respect, it is fully worthy of the genius of the century which produced it. It has held its own as the guiding principle of scientific studies ever since. It is still reigning. Every university in the world organises itself in accordance with it. No alternative system of organising the pursuit of scientific truth has been suggested. It is not only reigning, but it is without a rival. And yet it is quite unbelievable.

[And a little later in the book]

Thereby, modern philosophy has been ruined. It has oscillated in a complex manner between three extremes. There are the dualists, who accept matter and mind as on equal basis, and the two varieties of monists, those who put mind inside matter, and those who put matter inside mind. But this juggling with abstractions can never overcome the inherent confusion introduced by the ascription of misplaced concreteness to the scientific scheme of the seventeenth century.

PS: thanks to the kind commenters to help fix the oversight. i had initially quoted a footnote by Alphonso Lingis, who apparently took it out of context.

4 thoughts on “lyrics to ourselves?”