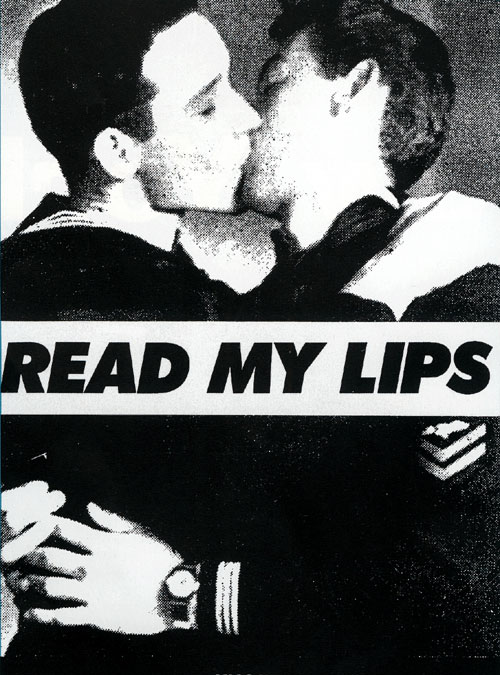 FILL IN THE blank. X is to contemporary AIDS activists as Norman O. Brown or Herbert Marcuse was to student radicals of the New Left. Alternatively, if American labor organizers of the 1930s might all be imagined to have carried about with them in their back pockets a copy of The Communist Manifesto, and if antiwar demonstrators and campus protesters of the late 1960smight all be imagined to have carried about with them in their jeans a copy of Life Against Death or Love’s Body, Eros and Civilization or One-Dimensional Man, what book do we imagine the more reflective members of ACT UP to carry about with them in their leather jackets? What is the single most important intellectual source of political inspiration for contemporary AIDS activists-at least for the more theoretically- [16] minded or better-outfitted among them? When I conducted an admittedly unsystematic survey in 1990 of various people I happened to know who had been active in ACT UP/New York during its explosive early phase in the late 1980s, and when I put those questions to them, I received, without the slightest hesitation or a single exception, the following answer: Michel Foucault, The History of Sexuality, Volume I.

Now that may come as something of surprise, especially to those left-liberal critics of Foucault who had been scandalized specially by what they took to be the political implications of Foucault’s notion of power, as that notion was originally articulated in Discipline and Punish, in the interview collected under the title Power/Knowledge, and most provocatively of all in a ten-page chapter smack in the middle of The History of Sexuality, Volume I. Few left-wing philosophers and literary critics would have suspected, even less than  decade ago, that Foucault was headed for political sainthood, let alone that he was about to be canonized as the founding spirit of a newly militant form of popular resistance. For it was the received opinion among many on the Left that Foucault’s hypothesis, advance in The History of Sexuality, Volume I, that “power is everywhere”1 effectively robbed people of freedom and made successful political opposition impossible.

It’s not very hard to figure out what it was about Foucault’s notion of power that traditional liberals found so sinister, so dangerous, and even so reactionary. First of all, on Foucault’s view, power is not a substance but a relation. Power is therefore not possessed but exercised. That means that power should not be conceptualized as the property of someone who can be identified and confronted, nor should it be thought of (at least in the first instance) as embedded in particular agents or institutions. Power is not a possession of the Monarch or the Father or the State, and people cannot be divided into those who “have” it and those who don’t. Instead, power is what characterizes the [16] complex relations among the parts of a particular society—and the interactions among individuals in that society – as relations of ongoing struggle. Power is thus a dynamic situation, whether personal, social, or institutional: it is not a quantum of force but a strategic, unstable relation. Because power, for Foucault, is intrinsically relational in character, specific political struggles are properly described not in terms of power tout court but in terms of “relations of power.”2

Power, then, is not to be understood according to the model of a unidirectional vector from oppressor to oppressed. Rather, it’s a fluid, all-encompassing medium, immanent in every sort of social relation-though unevenly concentrated or distributed, to be sure, and often stabilized in its dynamics by the functioning of social institutions. Foucault doesn’t deny the reality of domination, in other words; what he denies is that domination is the whole story there is to tell when it comes to power. And Foucault even asserts-famously-that “power comes from below.'”3

Hence, power is not intrinsically, nor is it only, negative: it is not just the power to deny, to suppress, to constrain- the power to say no, you can’t. Power is also positive and productive. It produces possibilities of action, of choice—and, ultimately, it produces the conditions for the exercise of freedom (just as freedom constitutes a condition for the exercise of power). Power is therefore not opposed to freedom. And freedom, correspondingly, is not freedom from power — it is not a privileged zone outside power, unconstrained by power–but a potentiality internal to power, even an effect of power.4

Power, then, is everywhere. Resistance to power takes place from within power; it is part of the total relations of power, “part of the strategic relationship of which power consists.” What escapes from relations of power-and something always does escape, according to Foucault–does not escape from the reach of power to a place outside power, but represents the [18] limit of power, its reversal or rebound.5 The aim, of an oppositional politics is therefore not liberation but resistance.6

ALTHOUGH SOME of Foucault’s critics on the Left may simply have misunderstood his claim, “power is everywhere,” to imply that contemporary forms of social domination are so total in their operations and so overwhelming in their effects as to leave no possibility for individual or collective resistance, what most of them are likely to have reacted against in his political theorizing is not a totalitarian concept of power that would deny the possibility of resisting domination-a concept of power that, in any case, is quite alien to Foucault’s thinking-but something resembling its opposite: namely, Foucault’s reversal of the standard liberal critique of totalitarianism. When he says that “power is everywhere,” Foucault is not talking about power in the sense of collective and irresistible force (which in his lexicon goes by the name not of “power” but of “determination”); rather, he is referring to what might be called liberal power that is, to the kind of power typically at work in the modern liberal state, which take’s as its objects “free subjects” and defines itself wholly in relation to them and to their freedom.7 Modern forms of governmentality actually require citizens to be free, so that citizens can assume from the state the burden of some of its former regulatory functions and impose on themselves-of their own accord-rules of conduct and mechanisms of control. The kind of power Foucault is interested in, then, far from enslaving its objects, constructs them as subjective agents and preserves them in their autonomy, so as to invest them all the more completely. Liberal power does not simply prohibit; it does not directly terrorize. It normalizes, “responsibilizes,” and disciplines. The state no longer needs to frighten or coerce its subjects into proper behavior: it can safely leave [18] them to make their own choices in the allegedly sacrosanct private sphere of personal freedom which they now inhabit, because within that: sphere they freely and spontaneously police both their own conduct and the conduct of others-and so “earn,” by demonstrating a capacity to exercise them, the various rights assigned by the state’s civil institutions exclusively to law-abiding citizens possessed of sound minds and bodies.

What shocked traditional liberals about Foucault’s dictum that power is everywhere, then, is the dark vision of modernity, of the liberal state, and of progressive Enlightenment-era values (such as freedom, truth, and rationality) that it expresses. For according to Foucault’s analysis, civil society, scientific research, intellectual activity, and personal life are not in fact free zones from which power has progressively retreated since the Enlightenment but colonized spaces into which it has steadily expanded, proliferated, and diffused itself. In one book after another, but most of all in The History of Sexuality, Volume I, Foucault attempts to show that the separation of public and private, of power and knowledge, which is characteristic of modern liberal societies, has not limited (as it is often supposed to have done) the operative field of power but instead has functioned strategically to extend the reach of power and to multiply techniques of social control. Modern liberalism has eliminated certain modes of domination only to produce many others (which do not present themselves as modes of domination and are all the more difficult to challenge or oppose); it has championed an ethic and an ideal of personal freedom while making the exercise of that freedom conditional upon personal submission to new and insidious forms of authority, to evermore deeply internalized mechanisms of constraint.

Fucault’s political vision becomes darkest and most radically anti-emancipatory when it focuses on sex, “It is the original thesis of [The History of Sexuality, Volume I],” as Leo Bersani succinctly summarizes it, “that power in our societies [19] functions primarily not by repressing spontaneous sexual drives but by producing multiple sexualities, and that through the classification, distribution, and moral rating of those sexualities the individuals practicing them can be approved, treated, marginalized, sequestered, disciplined, or normalized.”8 On Foucault’s view, the modem political movements for sexual liberation have been complicitous with –indeed, they have been a part of – the modern regime of sexuality; the sexual revolution has merely strengthened the political powers that it has purported to overthrow. For the effect of sexual liberation has been not, or not only, to free us to express our sexuality but to require us to express – freely, of course – our sexuality. Although we can now choose more easily how to be sexually free, we can no longer choose so easily whether to be sexually free, what to count as sexual freedom, where to draw the distinction between sexual and nonsexual expression-or how to interrelate our sexual behaviors, our personal identities, our public lives, and our political struggles.” Sexual liberation may have liberated our sexuality but it has not liberated us from our sexuality; if anything, it has enslaved us more profoundly to it. In that sense, the kind of freedom that sexual liberation has produced imposes on us an even more insidious unfreedom. Or, at the risk of sounding Orwellian, it enslaves us to a specific mode of freedom and thereby makes the exercise of other freedoms almost unthinkable. To paraphrase the Sex Pistols, the modern regime of sexuality takes away our freedom in the name of liberty- or, to be more precise, it takes away our freedom by imposing on us its own brand of liberty, by requiring us to be “free” according to its own definitions of freedom, and by constructing freedom as a “privilege” that we must, on pain of forfeiting it, use responsibly and never abuse. In our present context, then, liberation movements bind us more closely to the very thing from which we may need most urgently to emancipate ourselves. What we ultimately have to liberate ourselves from may [21] be nothing less than “freedom” itself-that is, from the liberal concept of freedom as a regulative or normative ideal of responsible and self-respecting human conduct.

3 thoughts on “The Queer Politics of Michel Foucault”