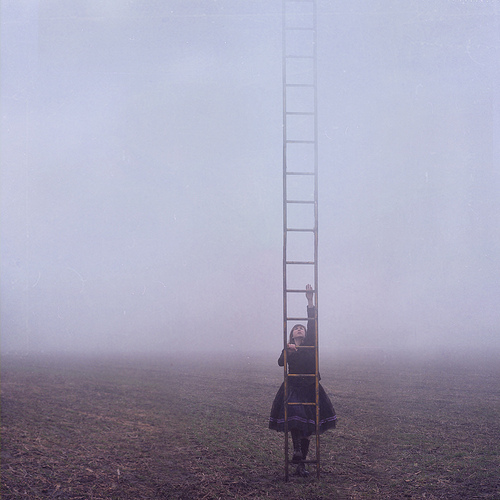 Dear V, It was a pleasure presenting with you on Saturday night.

The crux of the argument is that global governance now operates primarily according to “inclusion,” “participation,” and “empowerment.” However, it is not “no strings attached” inclusion, participation, and empowerment, but actually has a tight set of rules, all set up to extend the current global imbalances. For instance, look at how international debt relief under the Millennium Development Goals regime is just another way to expand Structural Adjustment Programs, while allowing nations like the US to look like saints. [AC: “Neoliberal Corn Laws“, if you will]

The most succinct statement of this principle, though in a domestic context, was published in Barbara Cruikshank in The Will to Empower: Democratic Citizens and Other Subjects (Cornell UP: 1999). Or, in an even more condensed summary, one could look to the second edition of Mitchell Dean’s bookGovernmentality, pages 82-88. If you would like copies of either of those texts, I would be more than willing to procure copies.

More recent work has extended this feminist argument into development studies. One short read, something I suggest for any NGO workers (such as I was for years, both as a community organizer and policy analyst), is Andrea Cornwall and Karen Brock’s “Beyond Buzzwords: ‘Poverty Reduction,’ ‘Participation,’ and ‘Empowerment’ in Development Policy”, which was turned into a United Nations Research Institute for Social Development paper available at http://www.unrisd.org/80256B3C005BCCF9/(httpAuxPages)/F25D3D6D27E2A1ACC12570CB002FFA9A/$file/cornwall.pdf.

I am also familiar with two recent academic papers that address the feminist concern over “empowerment” specifically in regards to microfinance. I highly suggest Josephine Lairap-Fonderson’s “The Disciplinary Power of Micro-credit: Examples from Kenya and Cameroon,” which comes from an excellent 2002 collection entitled Rethinking Empowerment: Gender and Development in a Global/Local World, but have misplaced my version so I am unable to attach a copy.

And more recently, University of Minnesota Press has published an excellent feminist critique of microfinance in Bangladesh: http://www.upress.umn.edu/book-division/books/microfinance-and-its-discontents

On a more positive note, while further economizing the lives of poor people is a dangerous path an unlikely to end poverty, there is hope in microfinance if it were to produce commonly-held resources that could slowly eclipse the currently existing pillars of privatized economic power. There are numerous examples of this sort of thing happening in the United States, most of them religious communities like the more fundamentalist variants of Mormonism, who hold their assets in common trust. [AC: A critical appraisal of the lasting political dimensions of American religious socialism is long overdue]

If you would like to chat about this, or any else, let me know.

[There was bit a pushback after I called microfinance “greedy” “selfish” and “narcissistic” in my talk, a bit polemical I admit.. V asked me to provide her with my perspective on microfinance, because as a poverty activist she as so-far seen microfinance as one of the leading paths to poverty alleviation.]

6 thoughts on “The Feminist Critique of Microfinance”