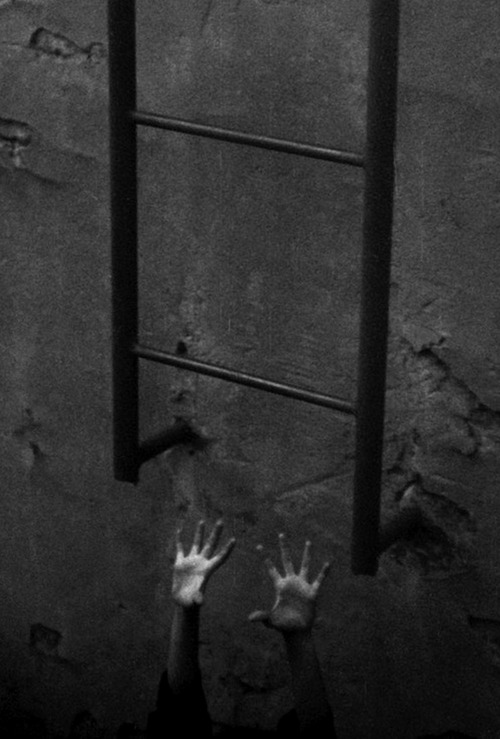 As many of you may know, there has been a trend in Foucault Studies to ponder over his late work on the Ancients. Some liberal Foucault scholars looked to him as a guru that offered an ethical system for a new form of life washed of the worries of power. While us radicals scoff at the so-called ‘ethical’ reading of Foucault, it is perhaps Deleuze who best dismisses such a reading.

Gilles Deleuze writes in his book Foucault, that:

If power is constitutive of truth, how can we conceive of a ‘power of truth’ which would no longer be the truth of power, a truth that would release transversal lines of resistance and not integral lines of power? How can we ‘cross the line’? And, if we must attain a life that is the power of the outside, what tells us that this outside is not a terrifying void and that this life, which seems to put up a resistance, is not just the simple distribution within the void of ‘slow, partial and progressive’ deaths?

What remains, then, except an anonymous life that shows up only when it clashes with power, argues with it, exchanges ‘brief and stridence words’, and then fades back into the night, what Foucault called ‘the life of infamous men’, whom he asked us to admire by virtue of ‘their misfortune, rage or uncertain madness’? … This culminated in The Use of Pleasure’s searing phrase: ‘to get free of oneself’. (94-95)

The redistribution or reorganization [found in the Greeks] takes place all on its own, or at least over a long period. For the relation to oneself will not remain the withdrawn and reserved zone of the free man, a zone independent of any ‘institutions and social system’. The relation to oneself will be understood int rems of power-relations and relations of knowledge. It will be reintegrated into these systems from which it was originally derived. The individual is coded or recorded within a ‘moral’ knowledge, and above all he becomes the stake in a power struggle and is diagrammatized.

The fold therefore seems unfolded, and the subjectivation of the free man is transformed into subjection: on the one hand it involved being ‘subject to someone else by control and dependence’, with all the processes of individuation and modulation which power installs, acts on the daily life and the interiority of those it calls its subjects; on the other it makes the subject ‘tied to his own identity by a conscience or self-knowledge’, through all the the techniques of moral and human science that go to make up a knowledge of the subject.n24 Simultaneously, sexuality becomes organized around certain focal points of power, gives rise to a ‘scientia sexualis’, and is integrated into an agency of ‘power-knowledge’, namely Sex (here [in The Uses of Pleasure,] Foucault returns to the analysis given in The History of Sexuality).

Must we conclude from this that the new dimension hollowed out by the Greeks disappears, an falls back on the two axes of knowledge and power? In that case we could go back to the Greeks and find a relation to oneself based on free individuality. but this is obviously not the case. There will always be a relation to oneself which resists codes and power; the relation to oneself is even one of the origins of these points of resistance which we have already discussed. For example, it would be wrong to reduce Christian moralities to their attempts at codification, and the pastoral power which they invoke, without also taking into account the ‘spiritual and ascetic movements’ or subjectivation that continued to develop before the Reformation (there are collective subjectivations).n25 It is not even enough to say that the latter resists the former; for there is a perpetuation communcatio between them, whether in terms of struggle or of composition. What must be stated, then, is that subjection, the relation to oneself, continues to create itself, but by transforming itself and changing its nature to the point where the Greek mode is a distant memory. Recuperated by power-relations and relations of knowledge, the relation to oneself is continually reborn, elsewhere and otherwise. (102-104)

So, while there are three diagrammable products of the Free Man and his relations, they are uniquely Greek. And for that, Deleuze finds them “a distant memory.” The lesson for contemporary Foucault scholars? Quit looking to the Greeks for anything but an origin story. They provide nothing to model or even appropriate.