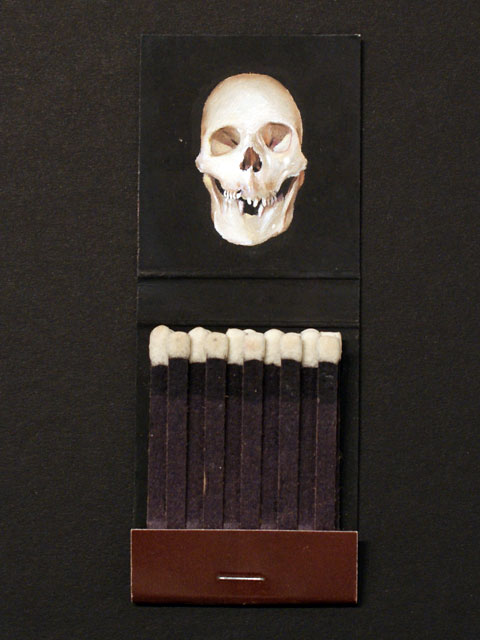 The conspiracy against this world will be known through its war machines. A war machine is itself “a pure form of exteriority” that “explains nothing,” but there are plenty of stories to tell about them.[1] They are the heroes of A Thousand Plateaus – Kleist’s skull-crushing war machine;[2] the migratory war machine that the Vandals used to sack Rome;[3] the gun that Black Panther George Jackson grabs on the run,[4] and the queer war machine that excretes a thousand tiny sexes.[5] “Each time there is an operation against the state – insubordination, rioting, guerilla warfare, or revolution as an act – it can be said that a war machine has revived.”[6] War machines are also the greatest villains of the book, making all other dangers “pale by comparison”[7] – there is the constant state appropriation of the war machine that subordinates war to its own aims,[8] the folly of the commercial war machine,[9] the paranoia of the fascist war machine (not the state army of totalitarianism),[10] and worst of them all, the “worldwide war machine” of capitalism “whose organization exceeds the State apparatus and passes into energy, military-industrial, and multinational complexes” that wages peace on the whole world.[11]

“Make thought a war machine,“ Deleuze and Guattari insist, “place thought in an immediate relation with the outside, with the forces of the outside.”[12] Two important inventions follow: speed and secrecy.[13] These are the affects of the war machine, its weapons of war, which “transpierce the body like arrows.”[14] The resulting violence is not so vulgar as to encourage blow-by-blow bloodletting or a ‘once and for all’ immediate killing, but institutes an economy of violence whose hatred is unlimited and therefore durable.[15] The war machine engages in war along two poles: one forms a line of destruction “prolongable to the limits of the universe,” the other draws a line of flight for the “composition of a smooth space and of the movement of people in that space.”[16] While Deleuze and Guattari would prefer the later, which is undertaken by people who “make war only on the condition that they simultaneously create something else,” they are laying out the connectivist line.[17] Did Joseph Schumpeter not say it best by naming the essential fact of capitalism “creative destruction”?[18] It is certainly not lost on today’s Silicon Valley mantra of ‘disruptive innovation.’ We can thus extend Deleuze and Guattari’s warning against treating terms as having “an irresistible revolutionary calling” to connectivism.[19] Reborn is Nietzsche’s invitation to philosophize with a hammer, rendered here in the voice of Krishna: ‘I am become Time, the destroyer of worlds.’ Finding an appetite for destruction does not betray Deleuze and Guattari’s “abolitionist dream,” in part because it followed from the same “progressive, anxiety-ridden revelation” that led them to construct their own war machines.[20] Destroying worlds is just another way of “smashing capitalism, of redefining socialism, of constituting a war machine capable of countering the world war machine by other means.”[21]

Make the whole world stand still. Indeed, it may be the only way to think the present in any significant sense. To be clear: the suspension of the world is not a hunt for its conditions of reproduction or a meditative “rhapsody of sensations.”[22] It is thought that treats the world as if struck by an unspecified disaster, where the best friends you have left are your own ideas. This is not the banal disaster movie, whose ambitions are usually limited to teaching us what are the bare essentials to survive. Writing the disaster is how we break free from the stifling perpetual present, a present that carries with itself a suffocating urgency.[23] The present imposes material limits. To it, the past and the future are the empty form of time, and they must endure the complications of having a body to become part of the present.[24] The past and the present exist in their own right only through representation – the former in history as the present memorialization of things passed, and the latter in the yet-to-come as the projection of an image of the present.[25] Such re-presentation is why the future appears with the distinct impression that “we have seen it all before.”[26] The productivist sees the event of thought is an eminently practical reorientation toward the present that generates a new image of the future.[27] Those learning to hate the world short-circuit the ‘here and now’ to play out the scene differently. While still being in this world, they turn away from it. This is the life of characters so agitated that they force the world to stand still – Dostoyevsky’s Idiot, the head of Kurosawa’s seven samurai.[28] Against bleating urgency, “there a fire, there’s fire… I’ve go to go…” they insist that “everything could burn down to the ground but nothing happens, one must find out the most urgent problem”![29]

There are those who say that we already have one foot in utopia; but would it not be more suitable to say that we have both feet firmly planted in a present slouching toward dystopia? Deleuze and Guattari call upon utopia in their search for a new people and a new earth.[30] They look to Samuel Butler, dissecting his Erewhon as a simultaneous “now-here” and “no-where.”[31] Yet a closer examination of his novel reveals utopia to be a farce. While not exactly a dystopia, the utopia Erewhon is a comic image of the British Empire. The narrator is a crass traveler with settler colonial dreams who catalogues the strange ways of Erewhon – they punish the sick (“convicted of aggravated bronchitis”)[32] and sentence the misfortunate to hard labor (“ill luck of any kind… is considered an offense against society”),[33] but nurture financial transgressions with medicine (“taken to a hospital and most carefully tended at the public expense”).[34] Beyond being an object lesson in reading footnotes, Deleuze and Guattari’s reference to Erewhon demands an attention to the exact configuration of conceptual devices [dispositifs] and how power flows through them. Link thought connect with its epoch, they suggest, begin with a survey to identify whatever forces are already circulating and then work with them – “connecting up with what is real here and now in the struggle against capitalism, relaunching new struggles whenever the earlier one is betrayed.”[35] They warn of “proud affirmation” as the guise of restoration that opens the door to transcendence, such as appeals to truth, right, or authority.[36] For Butler, Erewhon summons neither a new people nor a new earth, but is instead a field guide to negate everything he finds intolerable in his present. Utopia becomes the map to transforms the “now-here” into the “no-where.”

“It should have been an apocalyptic book,” laments Deleuze, disappointed that the “old style” Difference and Repetition did not make apparent a key implication – he killed God, humankind, and even the world.[37] The death of God began long before Deleuze, who sees Feuerbach as completing it long before Nietzsche in the proposition that “since man has never been anything but the unfold of man, man must fold and refold God.”[38] The problem that Nietzsche identifies is that God was reborn in the form of Man. For Deleuze, it takes Foucault to establish the finitude of humanity – “Man has not always existed, and will not exist forever” –thus sealing its fate.[39] But to destroy the world, that is the truly heretical proposition. A small group of dissident Deleuze scholars have rallied around the slogan that “there is no ‘ontology of Deleuze.’”[40] The statement does not imply that ontology is an illusion, but that attempts to build a Deleuzian system around a coherent ontology of the world is ill considered, as it fails draw a line to the outside – “to incalculable forces, to chance and improvisation, to the future.”[41] Blazing such a path may require “the extinction of the term ‘being’ and therefore of ontology,” or in so many words, a destruction of this world.[42] Deleuze and Guattari suggest as much when they propose to “overthrow ontology.”[43] Summed up, this stance names the “joyful pessimist” Deleuze.[44] Too restless to stop there, the Dark Deleuze broadens the coup de force into a fierce pessimism that shatters the cosmos.

[9] Deleuze and Guattari, A Thousand Plateaus, 15.

[15] Deleuze and Guattari, A Thousand Plateaus, 396. The introduction of ‘hatred’ here is my own.

[17] Deleuze and Guattari, A Thousand Plateaus, 423. For a critique of connectivism, see part one of the introduction.

[23] This is played out in the opposition of chronos and aiôn in Gilles Deleuze, Logic of Sense, trans. Mark Lester with Charles Stivale, ed. Constantin V Boundas (New York: Columbia University Press, 1990 [1969]). See in particular the twenty-third series.

[27] Deleuze and Guattari, What is Philosophy?, 58. For a critique of productivism, see part three of the introduction.

[39] Deleuze, Foucault, 124. This is also the topic of the last section of Foucault’s Order of Things.