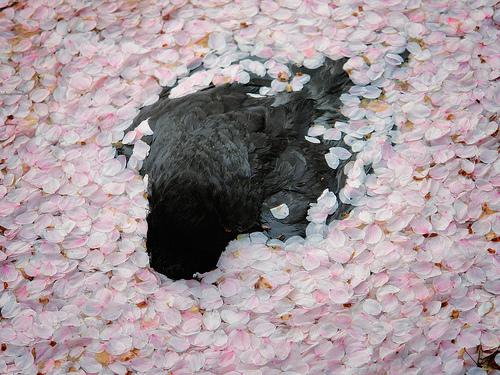 Abstract: In “Dispute or Disrupt? Desire and Violence in Protests Against the Iraq War,” xxxx suggests ‘queering’ direct action in order to overcome the limits of rhetorical politics. xxxx shows how the Bush Administration’s justifications for the Iraq War were incoherent discourses that drew rhetorical opposition into a politics of identification that made them easy to dismiss. An alternative, xxxx claims, are “bodies that mutter” – subjects of desire whose bodily force continues where discourses fail, which he locates in the Code Pink disruption of John McCain’s speech at 2008 Republican National Convention, AIDS crisis-era queer activism, and radical clowning.

The movement against the Iraq War was an exercise in failure. END_OF_DOCUMENT_TOKEN_TO_BE_REPLACED