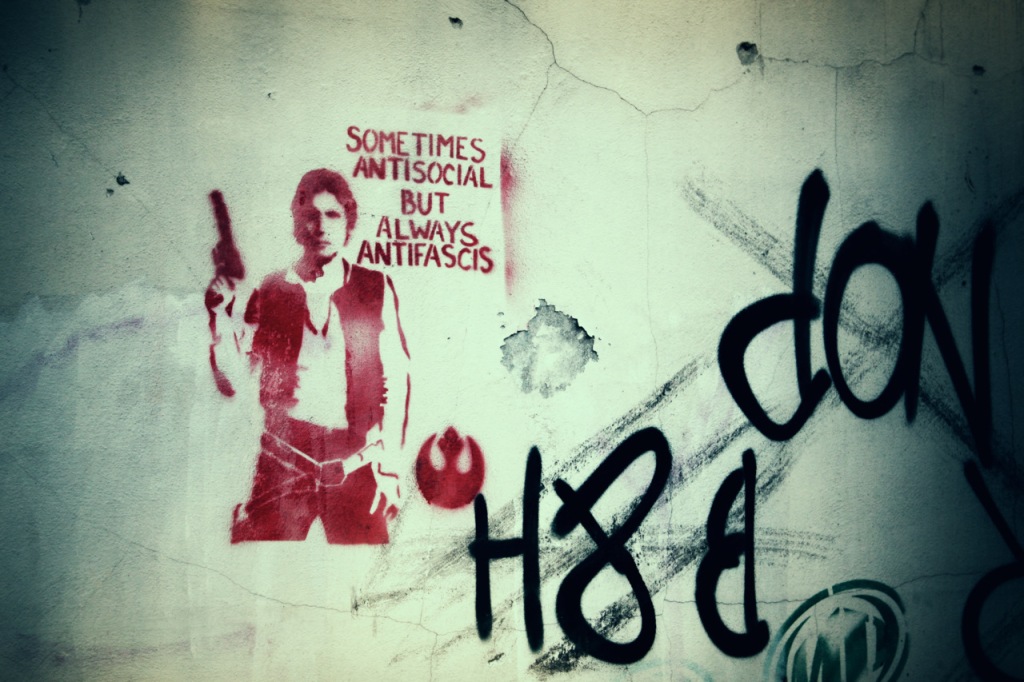 The follow notes were presented after Black Crow Collective’s screening of The Empire Strikes Back, and were used to prompt a discussion on the implications of the film for contemporary radical politics.

Today, we are stuck. Stuck stuck stuck. But our sticky situation does not come from an adherence to old models, but rather, today, we find ourselves stuck in the funk of modern life without a nose good enough to sniff our way out.

Consider the popularity of a new materialism that promises to re-enchant modern life by putting the spirit back in objects we otherwise take for granted. A dead rat and plastic bottle cap do not often capture our attention because our minds are trained on things like our job, a passing thought, or a creative project. Yet one academic wants us to break those habits and stop to investigate the “thing-power” of each cap, or imagine that a demon still animates dead rats.

But this crude materialism, typified by this attempt to imbue the world with new value, is not new. In fact, commodity fetishism is the perspective par excellence of global capitalism. And it is the weapon of choice against our political rebellion, as demands for “complexity” freeze us in our tracks, interrupting and deferring action until we get to the bottom of a nearly infinite amount of “differences.” This is not to say that difference is bad, in fact, it is wonderful. But when do we stop looking and start acting?

One possible answer comes from an unlikely place: Star Wars. The characters of Star Wars inhabits the same swirling cosmos of the new that we find ourselves in, sharing the same nearly infinite difference, yet they somehow maintain the clarity and certainty of good and evil, right and wrong. So in our postmodern era, with its dizzying menu of choice, maybe Star Wars is what we need to return some decisiveness to our political lives.

To make this argument, I will first describe the conservative side of Star Wars: it’s nostalgic timelessness. I will then set the stage for the current moment by describing the molecular revolution of the twentieth century, and the subsequent counter-revolution wages by Empire. To finish, I will describe contemporary attempts to short-circuit political change and the possible antidotes offered by Star Wars. END_OF_DOCUMENT_TOKEN_TO_BE_REPLACED