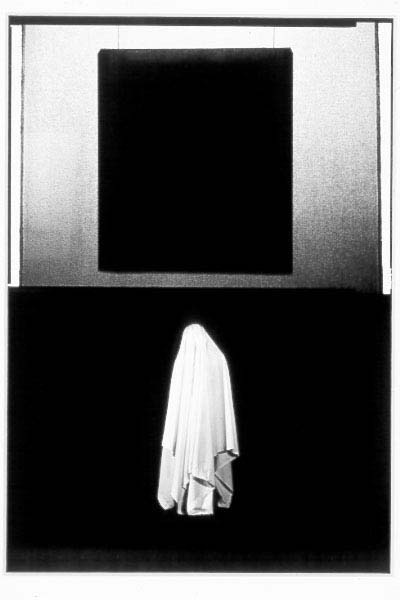 President Bush’s ex post facto justification for the war was quite vague: “that the Iraqi people are much better off without Saddam.”8 Daalder and Lindsey argue, however, that the wide berth of this justification relies on the “basic but highly salient fact that there would not have been a war without his argument that Iraq’s weapons of mass destruction posed an unacceptable threat that was both immediate and serious.”9 Restoring clarity to the Bush Administration’s initial claims about WMDs seems hardly possible, given the incoherence of the discourse through which the justifications for war were presented. As James P. Pfiffner points out, administration officials made WMDs a moving target, with Deputy Secretary of Defense Paul Wolfowitz claiming that the verifiable presence of WMDs was not the paramount issue for policymakers while Secretary of Defense Colin Powell was asserting its centrality.10 Pfiffner concludes that even while President Bush made “few untrue statements” and accepted some widely shared claims, his statements were also systematically misleading, gave false impressions, and defied the better judgment of others.11

Sentimentality aided the Bush Administration’s incoherent war on public opinion. The Bush Administration pitched the war as the perfect plan to fill the emotional void left by the September Eleventh attacks. President Bush associated Iraq with 9/11, expanding the targets of the War on Terror to an “axis of evil” – Iraq, Iran, and North Korea – during his State of the Union Address in 2002. And during the one-year commemoration of the attacks at Ground Zero, he formally announced his intentions to attack Iraq. Rhetorically ‘sticking’ the attack in New York to Iraq, he made a promise: “What our enemies have begun, we will finish.”12 With this full-scale media blitz, the Bush Administration amplified the emotional resonance between 9/11 and his campaign against Iraq, leading supporters to offer over-the-top acclamations, such as “turn Baghdad into a parking lot. You know, blow up the bridges, blow up the factories. Just level it,” or “I’m kind of excited to be here now. Someday we’ll tell our children that we were in Washington when the war started.”13

The union of multiple contradictory discourses and the politicization of loss is a combination is familiar to queer activists. Challenging what losses count as grievable was essential to turning collective mourning to militancy during the AIDS crisis.14 Describing the transformation, Ann Cvetkovich writes, “the AIDS crisis, like other traumatic encounters with death, has challenged our strategies for remembering the dead, forcing the intervention of new forms of mourning and commemoration.”15 These forms of mourning and commemoration should not be isolated to queer activism during 1980s and ‘90s, for as Sara Ahmed contends, public responses to events such as 9/11 pose similar challenges to queer politics; or as Bush’s post facto justification for the Iraq War demonstrates, violence can be cast as an act of compassion, such as offering war as a gift of hope to the Iraqi people, which allowed Administration officials to “be full of love in the midst of the violence.”16 In addition to the use of compassion to conceal state violence, other conservative forms of mourning tap into the basic structure of paranoid fantasies that, in Elaine Scarry’s words, attempts to connect “disembodied beliefs with the force and power of the material world” through the “massive opening of human bodies.”17 Foreign policy hawks have repeated a phrase that reveals how this “structure of feeling” motivates the conservative desire for war.18 The narrative goes like this: “Every ten years or so, the United States needs to pick up some small crappy little country and throw it against the wall, just to show the world we mean business.”19 The consequence of this violent sentiment is clear: war hawks construct fantasies that bring together pleasure and violence to stoke the population. Queer alternatives to the state rhetoric of public loss, whether clothed in compassion or bathed in blood, thus provide helpful historical and theoretical tools for reorienting activism toward less violent ends.

Sara Ahmed theorizes how incoherent discourses, such as those that justified the Iraq War, can be unified through emotion.20 Following Derrida, Ahmed explains that emotion fills the disjunction between signification and context. Through repetition, words detach from the context in which they emerge, leaving emotions as symbolic traces of their lost context. Appearing as personal, ahistorical, or natural fact, these emotions accumulate cultural value through associations with words that generate material histories that remain concealed. In the case of Bush Administration’s defense of the Iraq War, grief and aggression stood in for coherent discourse, demonstrating how state violence can use affective force to make politics with contradictory statements.

Outlining the impact of violent discourses on political strategy, David Halperin argues that disputing the lies of homophobia is pointless. His argument is not that homophobic discourses are irrefutable, but on the contrary, that they are endlessly disputable because they are based on series’ of mutually contradictory double binds. Halperin uses the legal debate over homosexuality as an “immutable characteristic” to illustrate such a double bind whereby if homosexuality is inborn, it justifies medical and legal discrimination on the basis of biological difference, or alternately, if homosexuality is a choice, then medical practitioners and politicians can restrict and punish homosexual behavior as a matter of volition.21 Theoretically describing this discursive problematic, Halperin draws on the work of Eve Kosofsky Sedgwick’s Epistemology of the Closet to argue that since “homophobic discourses contain no fixed propositional content,” they “operate strategically by means of logical contradictions” whose infinite substitutability empowers those discourses while simultaneously incapacitating queers through incoherence.22 For Halperin, following Sedgwick, the consequence is that homophobic lies are easily falsifiable when taken one at a time, but refuting them one by one “does nothing to impair the strategic function of discourses that operate precisely by deploying a series of mutually contradictory premises in such a way that any one of them can be substituted for any other as different circumstances may require, without changing the final outcome of the argument.”23 The Bush Administration’s case for the Iraq War, with its many divergent justifications, expresses a discursive incoherence like homophobia, which frustrates rhetorical attempts to restore clarity to politics. In summary, queer critiques of rhetoricality, especially Halperin’s theory of homophobic discourses, can be used to describe the Bush Administration’s justification of the Iraq War. Furthermore, as we will see with some critics of the Iraq War, rhetorical challenges to state violence can often fail to mobilize an effective political response.